What is a Role?

Get started now: How to Add or Manage Role user guide

A Nodinite Administrator creates User-defined Roles in Nodinite. These Roles are used to enforce different security policies for end-users working with Nodinite. All user actions with potentially sensitive operations are Log Audited. 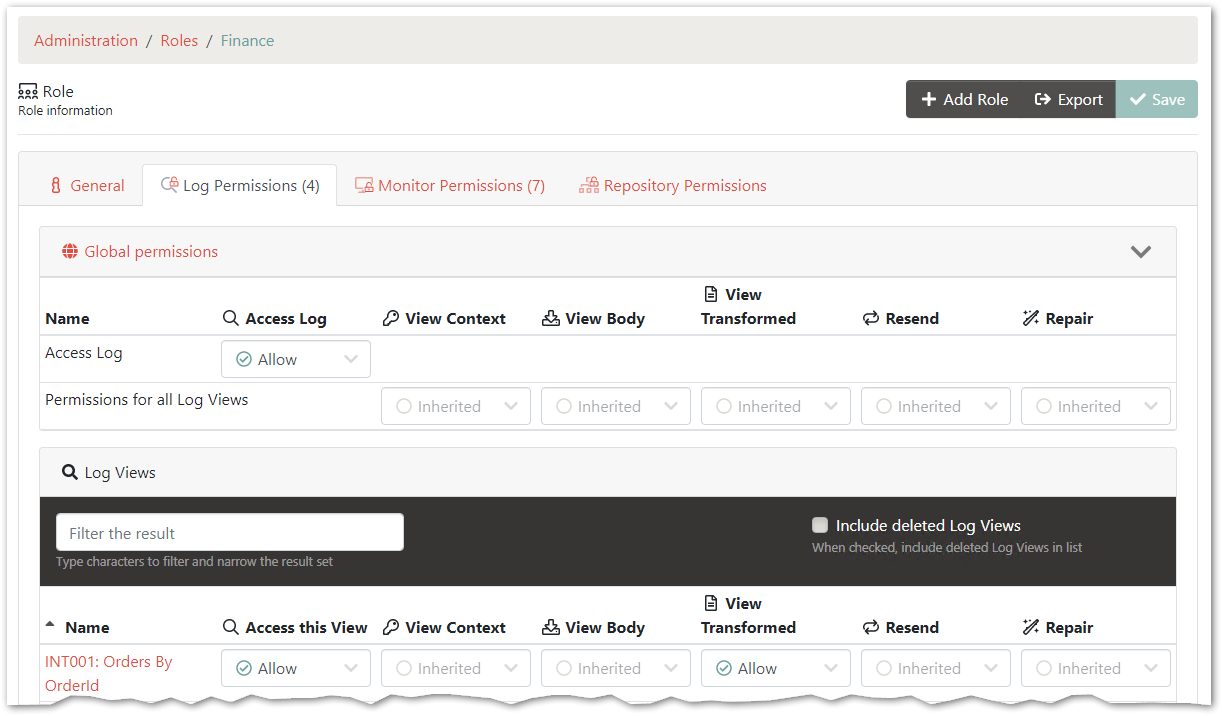 The permission sets are used to enforce a security policy for end-users working with Nodinite, and these are applied on the user-defined Nodinite Roles-level.
For each Role; A Nodinite Administrator assigns the different permission sets on the following Nodinite entities:

A permission set can either be applied on the Global level or set uniquely on the entity directly. The values for a permission are the following:

NOTE: Regardless of other permission sets, a Deny always win. Since the entities are assigned to the Roles, you should rarely have to use the Deny setting. Instead of denying access, consider removing the entity from the Role instead.

For end-users to interact with the Repository Model, Monitor Views and/or the Log Views; The Access permission must be set to Allow.
The highest level of a permission set is the Access right. The available values for this setting are: